Maybe if I cradle myself in this rocking chair, back and forth, and tell myself that I am the first and best Audrina, I will capture her special gifts. My hollow brain will fill with her memories and then my family will love me like they loved her. These thoughts aren’t my own, but of the main character in My Sweet Audrina, written by the master of frightening family sagas: V. C. Andrews. 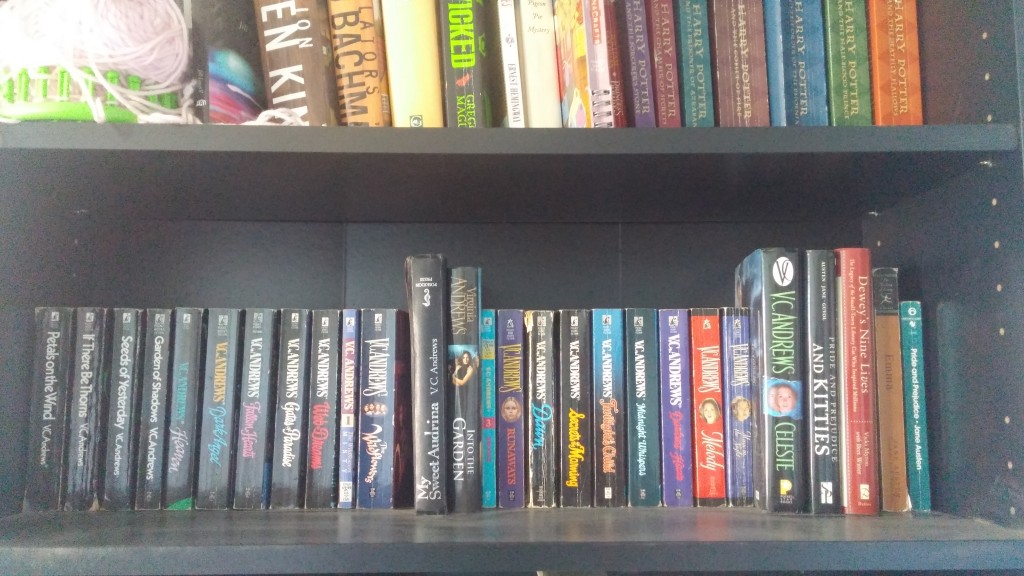 My Sweet Audrina is the latest V.C. Andrews novel to be transformed into film. In January 2014, the Lifetime channel aired a new version of Flowers in the Attic, the first novel in the Dollanganger series, and I couldn’t wait to watch it. I put it on my calendar and set my DVR, even though I watched it while it recorded. Three more movies in the series followed.

When I first learned that these movies were being filmed, I was ecstatic. These were books that I have loved and read over and over for years and finally, they were coming to life on screen. Characters whose voices I’ve only heard in my head would now have a face. V.C. Andrews fans have heard this all before: some company is considering producing a movie or a series based on her novels, but the project is never picked up. There have so many rumors and failed attempts in the past.

I can see why. Her work isn’t your standard horror fiction. Each novel features strong women that find their own way, their own destinies, despite the obstacles. There are family secrets and devastating truths, betrayal, and more often than not — forbidden family relationships (you know, the “I” word).

My Sweet Audrina is one of the more twisted tales, one that never fails to give me nightmares whenever I re-read it. Andrews’ first standalone novel is a concentrated version of her series. Audrina is a little girl that yearns to become like her older sister, the first and best Audrina, the one who mysteriously died in the woods just outside her house, nine years earlier. The “second and worst” Audrina is forced into a rocking chair every night by her grieving father, who wants her to capture the gifts that her dead sister no longer needs. She is isolated in a home where all the clocks are set at different times, there are no current magazines or calendars and when each day seems like a week has gone by. There’s something suspicious going on and Audrina is determined to uncover the secret.

The cast of characters includes: Audrina’s mother, Aunt Ellsbeth and her illegitimate daughter, Vera, and the tenants, a former championship figure skater turned amputee and her hardworking son.

According to The Complete V.C. Andrews, the latest news is that My Sweet Audrina is in the editing stage. Lifetime might air the movie as early as this fall! It’s a good time to be a V.C. Andrews fan.